Just under a year ago I decided to take the plunge and jump head first into blogging. I set up a blog because I’ve always enjoyed writing and reading blogs, and for a couple of months I posted daily (if you want a trip down memory lane, check it out). I started out writing about whatever had gone on that day, how I was feeling, or what was on my mind, and I loved it. At first.

I fell into a new job, which despite seeming promising as I sat with contract before me (not my dream job, but putting that BSc to good use and paying as well as someone freshly graduated could possibly ask for), presented long and thankless working days, expectated to work far beyond the contracted hours for no overtime pay, beside tired and grumpy colleagues living in constant terror of being fired. I was back living between my parents’ homes in the town all my closest friends have left (it’s too expensive to live in on a starting salary, so unless you’re happy living at home you’ve got to fly the nest). I became exhausted and demoralised. It became increasingly difficult to find something new to write about every day as I had when I started (my intention was to write a “daily vlog” – yes, I love watching those on youtube – style blog). This only served to make me aware that I was working more and more, and living less and less. Things got in the way and I’d miss a post, then have to write two the next day. It became stressful. It sucked.

I now find myself, around a year later, in a similar position, but this time I’m doing it right: I’ve recently been through some selection interviews and am hoping to start a new job, but I’ve taken my time applying to hundreds of dream jobs, ones could imagine enjoying and would like to try (no more taking any old thing), and only in locations I’d like to live; and I really want to blog again, but am setting realistic goals this time and have a focus in mind this time (I’m not doing anyone else’s shtik, but my own thing). I still love listening to and making music, taking photos, watching movies, reading, exploring, skateboarding, but a lot has changed, too. I’ve taken time to travel, spending the last four months abroad taking photos and giving myself a real holiday; I’ve taken the time to visit and catch up with my extended family and some old friends living abroad, many of whom I hadn’t seen for years; and I’ve finally knuckled down and polished off my debut EP, going ahead and releasing it independently earlier this summer (more about that later).

My plan for the blog is to focus on the things I love the most: music, photography, film, skateboarding, and science. This isn’t to say I won’t talk about anything else, but most things in my life relate to one of these five topics in one way or another. My plan is to post on Mondays, Wednesdays, and Fridays, plus an audio podcast on Saturdays. This should permit me the time to produce quality posts even once I’m working full-time again, and to avoid falling into the trap of trying to think of something completely new to write about each day.

So, I’m back, and here to stay!
See you on Wednesday,

I have decided to venture into the world of audio podcasting as an extension to the posts I will be writing here, so give me a listen, get involved (leave a comment!), and get to know me!

As a young boy (from around five years old, in fact, or so my parents tell me) I lay awake many a night in the grip of existential dread. Or, more accurately, I would lie awake for hours before running into my parents room late at night in floods of tears, waking them up only to confront them with unanswerable questions, my unwavering need for proof and understanding preventing any of my parents’ answers from satisfying my juvenile mind.

“When did the universe begin?” “What lies outside the universe’s boundary?” “Is there a boundary?” “If not, how can anything be infinite?” “What will happen when I die?” “If existence isn’t infinite, how could an infinity of non-existence be possible either?”

Today a man who has dedicated his life to contemplating at least some of these most difficult of questions turns 75; Stephen Hawking. Hawking is remarkable in many ways: turning some of the most intimidating and inaccessible facets of physics into bestselling books, and his remarkable work in such fields; for the innumerable accolades and titles he has amassed, as evidenced by the collection of letters that succeed his name; and for being alive at all, having been told he had at best two and a half years to live some 54 years ago when he was first diagnosed with amyotrophic lateral sclerosis (also known as motor neurone disease and Lou Gehrig’s disease) – the disease’s longest survivor known to medical science.

Perhaps I was too young to fully appreciate the work when I read it, but as much as I found A Brief History of Time interesting, it was The Grand Design that truly enthralled me. This book, co-authored with fellow physicist Leonard Mlodinow, was not met with such critical acclaim as his earlier works (though this may have a lot to do with his assertion that, whilst not explicitly disproving such notions, a God is unnecessary for creation), but aspects of the multiple universe (or “multiverse”) theory explained within excited me beyond belief. Perhaps this is due to my longstanding hope for proof that life exists beyond this planet – not because I believe in aliens (though I do love the X-Files), but because I find the thought that life may not have emerged only once on one solitary planet reassures me somewhat that our very existence may not simply be the result of an incredible, yet meaningless, happenstance. Or maybe it’s the magnitude of such a claim that excites the scientist in me; that science is not only alive and well, but is still as exciting and controversial as ever.

Whilst I still have no answers for the grand questions that continue to haunt me as I fall asleep, some of Hawking’s work has helped me feel less alone. And for that, I will always be grateful. Many happy returns. 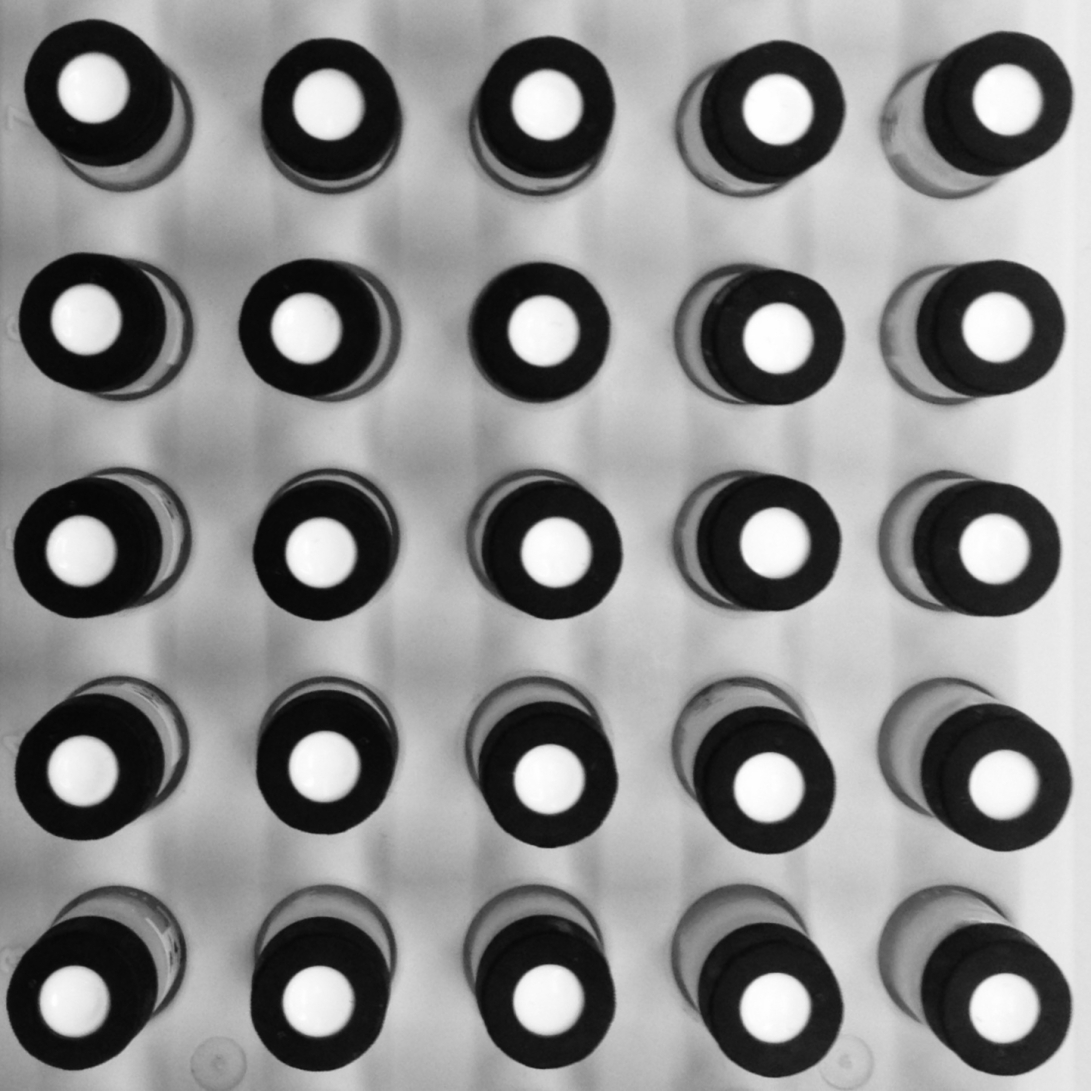 Today couldn’t have gone any better.

I feel absolutely exhausted, and my brain feels ready to burst with everything I’ve had to take in today – where things are in the lab, who’s who, how to work various new pieces of kit, and all the tidbits of information thrown at me throughout the day – but the work is exciting, the environment stimulating, and I couldn’t ask for nicer colleagues. It’s going to be tiring, and it’ll be tough at times, but it’ll also be fulfilling and absolutely fascinating!

I’m so grateful that this opportunity has come my way, especially so early in my career, and I look forward not only to my time in this role but also the many doors I am certain this experience will open in the future. Most of all, it feels very satisfying to know that the continued effort throughout my studies – long days in the library, and nights spent studying when I’d have rather slept – have paid off.

Yes, I’m just a cog in a much greater machine, and no, I won’t be rich or famous, but I’m still living a lifelong dream and am exactly where I want to be. And that’s enough for me…

Come Monday I will start my new job as a research scientist at a biotechnology startup at the forefront of immunology, drug delivery, and probiotics. The role promises everything I could have hoped for: exciting work in a field I am passionate about, working alongside a highly motivated and inspiring team of world-leading researchers, and the opportunity to contribute to projects with the potential to make a real difference.

Almost as interesting as the role itself is the story of how I got it; this morning, as I headed in to my old university to enquire about PhD opportunities, I was completely unaware that the job was even available – and now the position is mine. Contrary to what you might expect I did not hear of this opportunity during the discussion itself (though it was interesting and informative), but rather it resulted from my acting upon a single piece of advice that I was given. That advice was to consider asking to see if there were any lab assistant or research posts or internships available in the meantime – as most courses of study begin in the summer term, some 10 months away yet.

The very first researcher I approached happens to be not only a professor at the university, but also the founder of the biotech startup of which I am now an employee. Upon hearing my enthusiasm for this area of research he presented the job opening to me, and before I knew it we were discussing my academic record and research experiences – my interview had begun. I am admittedly very fortunate that the professor is a stranger to neither me nor my work, having taught me throughout my undergraduate studies. It is also helpful that his laboratory is directly next door to that of the research group with whom I undertook a metabolomics project during my undergraduate studies (and whose head of research is my go-to academic referee).