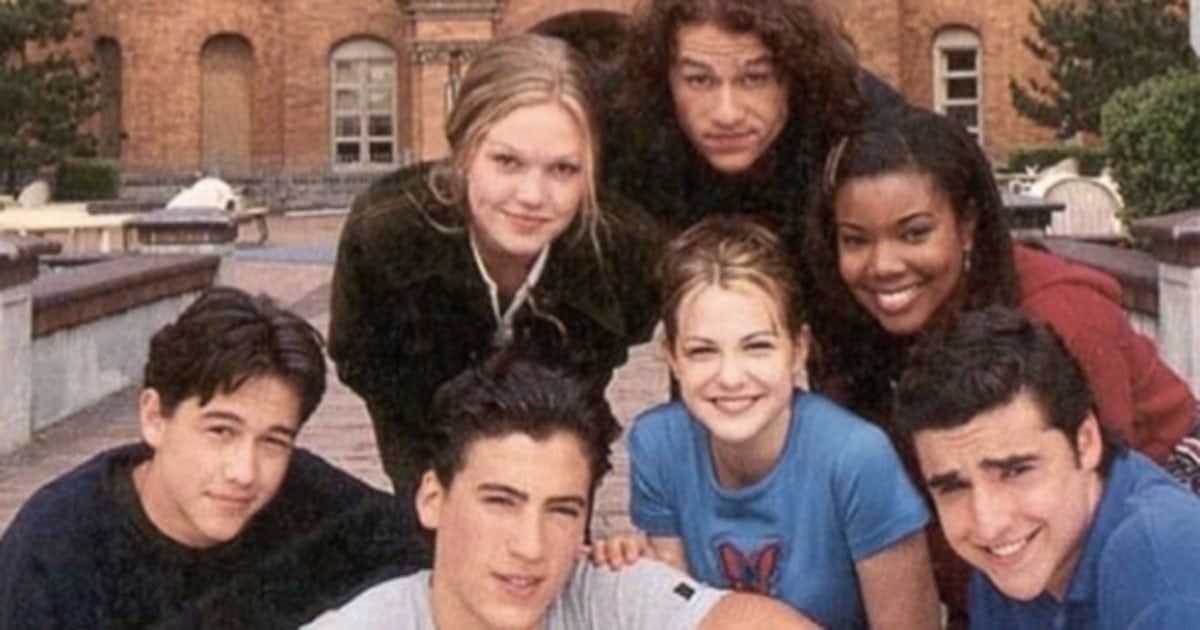 * As if Kat, a strong, stubborn, and intelligent young woman, one scarred enough by past experiences to have literally chosen to transform herself from one of the most popular young ladies at school to a loner, having let someone past that tough facade into her surprisingly delicate world only to find out he was paid to do it would ever trust him again (or any other men, for a while at least), beautiful Stratocaster or not. Of course, as viewers we know how Patrick really feels, and it really is the right outcome, but – much like assuming a cat is a mammal because it has four legs like a dog, which is also a mammal – one can reach a correct conclusion through faulty logic (after all, a lizard also has four legs). Having witnessed the lengths needed to win her heart in the first place, I highly doubt any gift would be enough. Great guitar though.

2 thoughts on “10 THINGS I LOVE AND HATE ABOUT YOU”