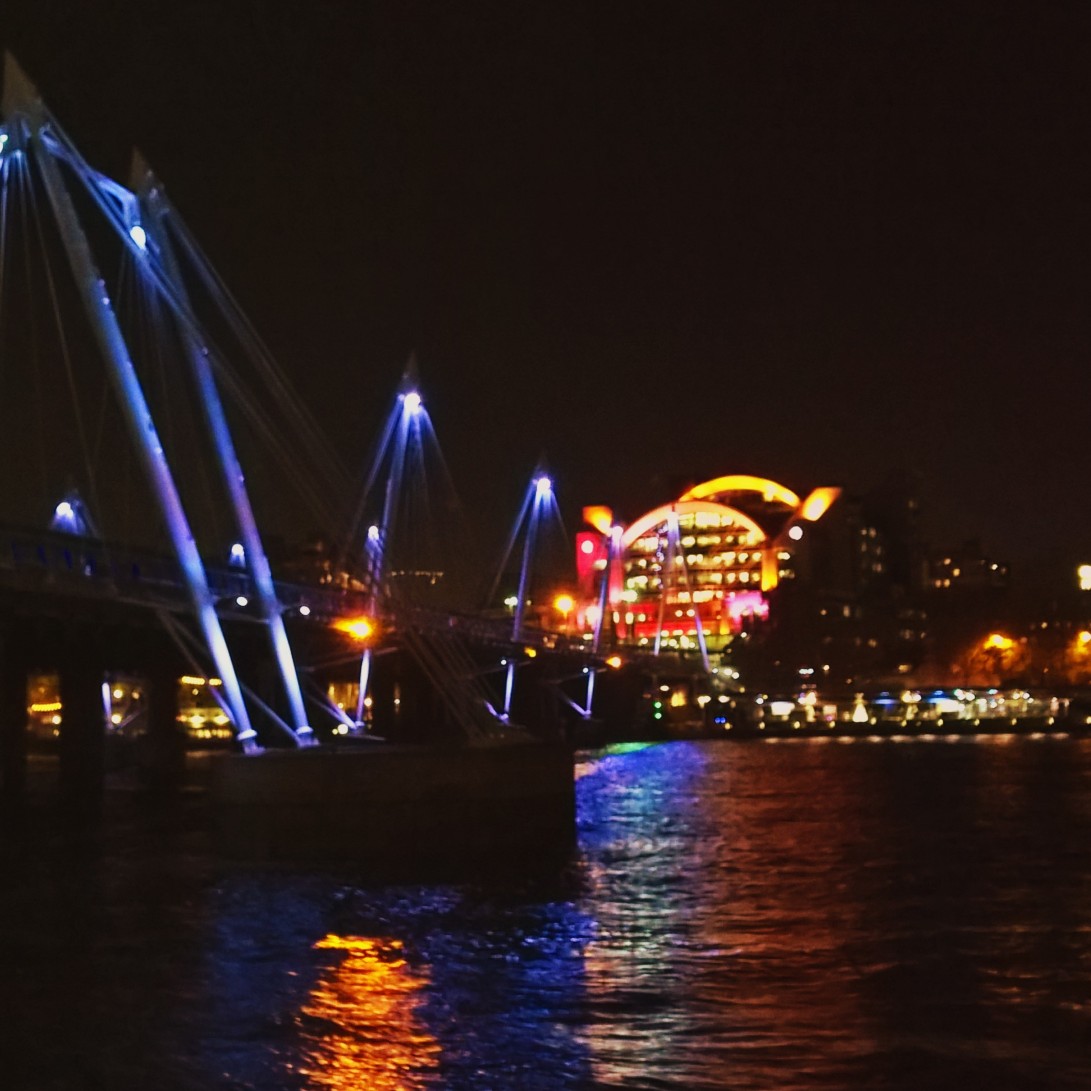 Yesterday I met up with an old university friend I haven’t seen for well over a year. We met at one of my all time favourite spots: London’s South Bank – home of the legendary skate spot, the London Eye, all sorts of restaurants, concert venues, and markets (with Christmas markets now in full swing despite it being November). Being situated on the river, which at this point of its course is somewhere in the region of 250 to 300 metres wide, the South Bank is permitted a feeling of openness seldom felt in cities as crowded as London.

It was nice to wander about, catching up on life whilst taking in the hustle and bustle of the city. I have to admit that London always looks beautiful decked out in all its winter finery (if a little ridiculous that Christmas decorations should have gone up already). We had no plans beyond when and where to meet, but the magic of London is that even an impromptu day out is never dull; it is a city with opportunities for fun and adventure around every corner. The evening took us through the Christmas markets at the South Bank before crossing the river to explore Westminster’s bustling streets, starting with Leicester Square’s Christmas market and street performers, where Tina then had her first ever casino experiences at Casino at the Empire and the Hippodrome. We then nipped around the corner to Orbital (where I picked up some of the new Karnak comics I’ve been keen to read) on the way to my first ever Five Guys meal (pretty good, if a little expensive for a fast food joint – though paid for by my casino winnings). Once stuffed we sauntered through Covent Garden, always bright and lively (and nostalgic – particularly taking a gander in my childhood favourite Eric Snook’s), and on down to the South Bank to take in the river by night before heading our separate ways (though hopefully not for so long this time).

My recent adventures in London have stolen me away eastwards to the streets of Shoreditch, Islington, Mile End, and Peckham, so it felt great to be back in the stomping grounds of my youth: The City of Westminster. This is, of course, also the part of London most tourists come to see. There is much more to London than this little pocket of the heart of the city (making up only 0.01% of London’s total square mileage), but a little pocket that punches well above its weight, boasting some of the country’s finest palaces (including the Palace of Westminster and the Queen’s humble abode of Buckingham Palace), squares (Trafalgar square anyone?), and gardens (Hyde and St. James’ parks amongst others), as well as being home to “Theatreland” (the West End), some of London’s most famous shopping streets (such as Oxford and Regent streets), and an endless number of other landmarks, museums and galleries, and other attractions. If you’re going to explore London it’s certainly a good place to start.

2 thoughts on “The big smoke.”